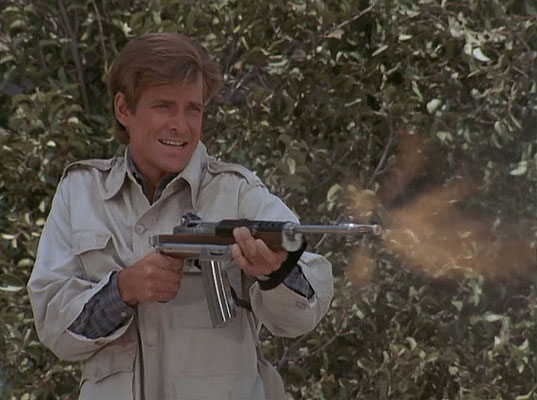 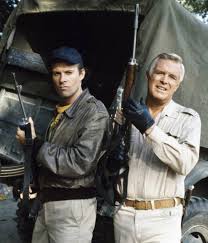 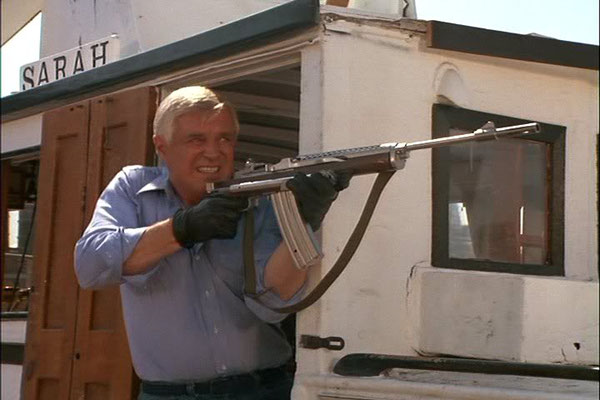 What was missing for our cosplay were the incredibly cool machine guns that the four boys always had.

(Interesting film fact: The Ruger Mini 14, which was modified for the A-Team rifle, is not a fully automatic rifle. So the actors had to pull the trigger for every shot. Of course, they did this a little too slowly. But the right sound made the illusion perfect!)

Unfortunately, you no longer get the original folding stock, which was then available for the Mini14 in the accessories. Fortunately, the rifle was very common among hunters and sport shooters and was therefore quite inexpensive to get as a defused variant.

I actually wanted to get the rifle ready for FaRK 2017.

I had expected that we could take them to the FaRK .. because there were always a lot of replica weapons around because they were simply part of the cosplays.

Unfortunately, you can no longer walk around with weapon replicas that look too real. The security chief justified that the current political situation would not allow something like this .. :-(

So it will probably be limited to the fact that we can use it for photo shoots.

First of all I bought a disarmed, real Ruger Mini 14 to make some molds of it !! :-D

Of course, I did not cast the whole weapon, but only the mechanics that look out of the barrel at the top.

The mold is made of silicone. Then Igor and me made two castings from PU resin.

It is impressive how many fine details can be seen. Not only is the lettering on the breech of the weapon depicted with sharp edges, but also the finest scratches on the surface have been copied 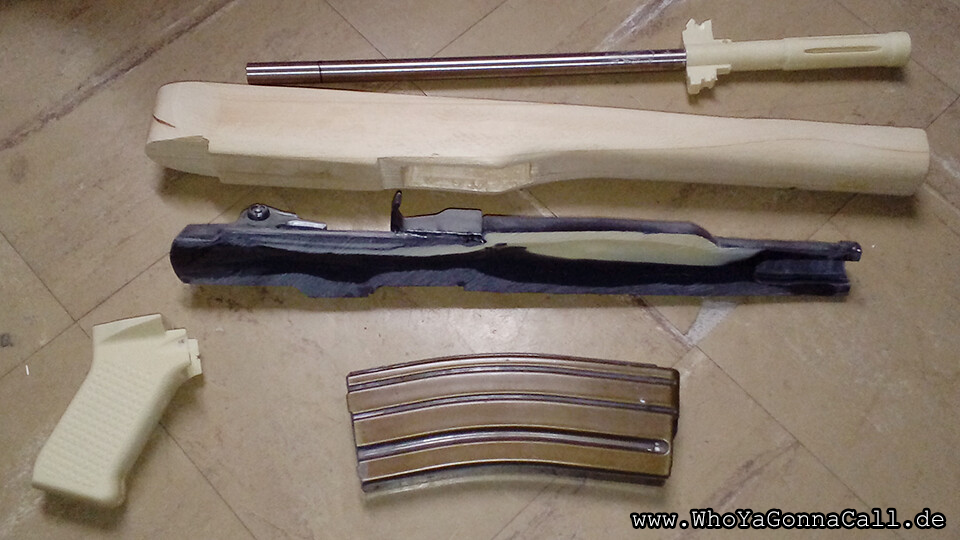 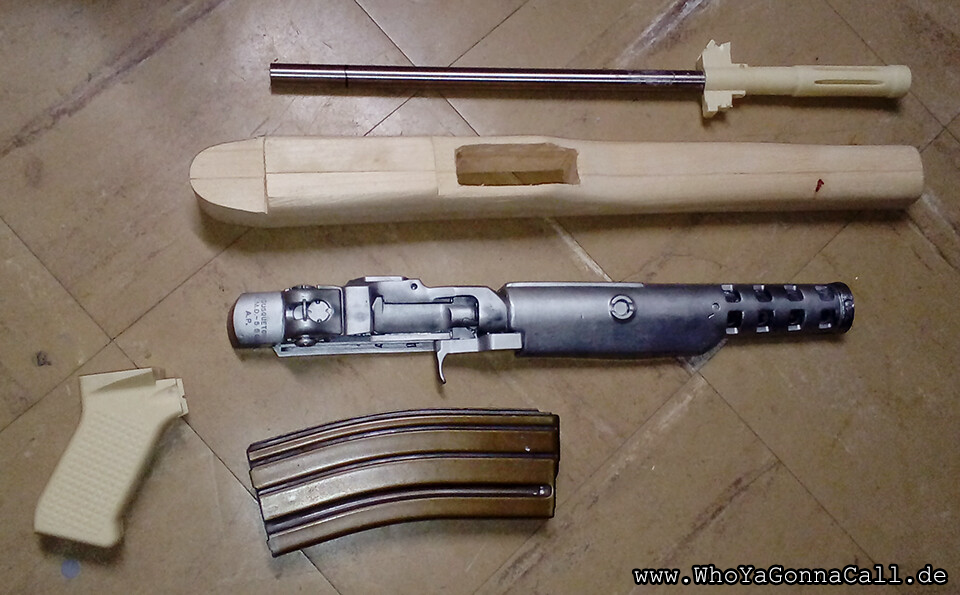 I made the stock out of wood. What was a lot of hard work without a band saw xD

The barrel is made of a stainless steel tube. I then poured the previously molded muzzle flash hider on. So it is equally beautifully aligned and is bullet-proof connected to the pipe.

I designed the handle in CAD using some good reference photos and had our friend Janos 3D print it.

Of course, 3D printing only served as the original form here. The actual handle is now also made of PU resin and is very insensitive.

However, the main reason for the resin-casting was that we wanted to build four rifles. But due to the "political situation" it was initially only a prototype.

With luck, I was able to find the original, chrome-plated 40-round magazine, which was also used in the A-Team version of the Ruger. :-)

I welded the folding stock out of stainless steel parts. It is not foldable. But that doesn't have to be the case either. Anyway, the A-Team very rarely had an extended shoulder rest. There was actually always a cowboy-style shot from the hip. xD 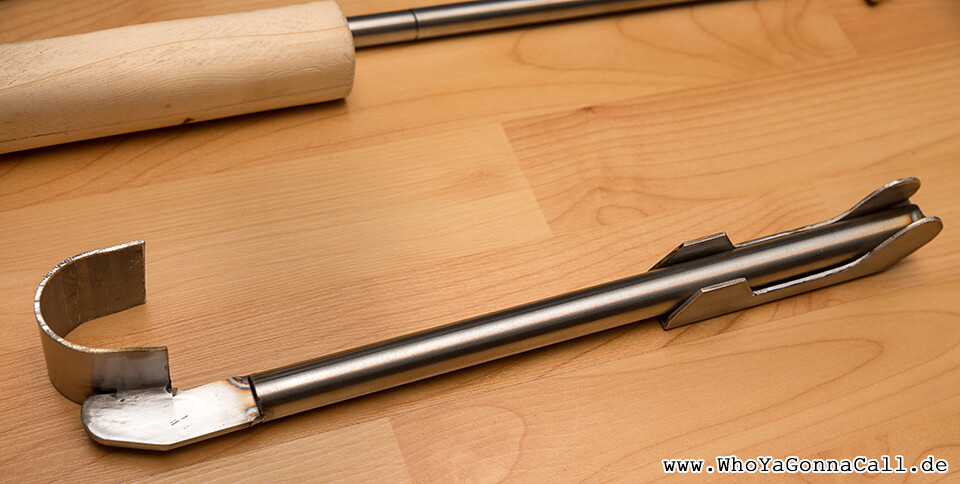 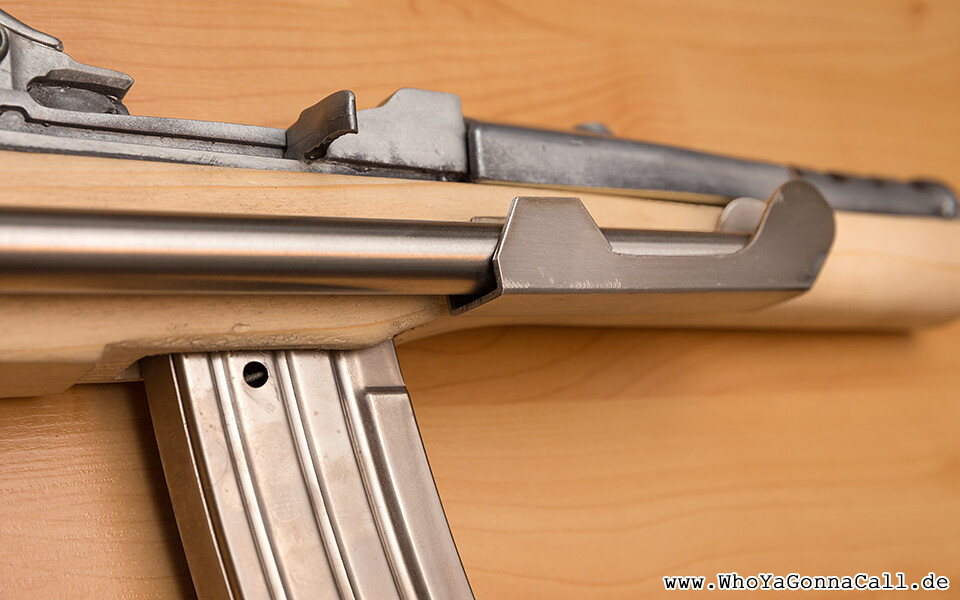 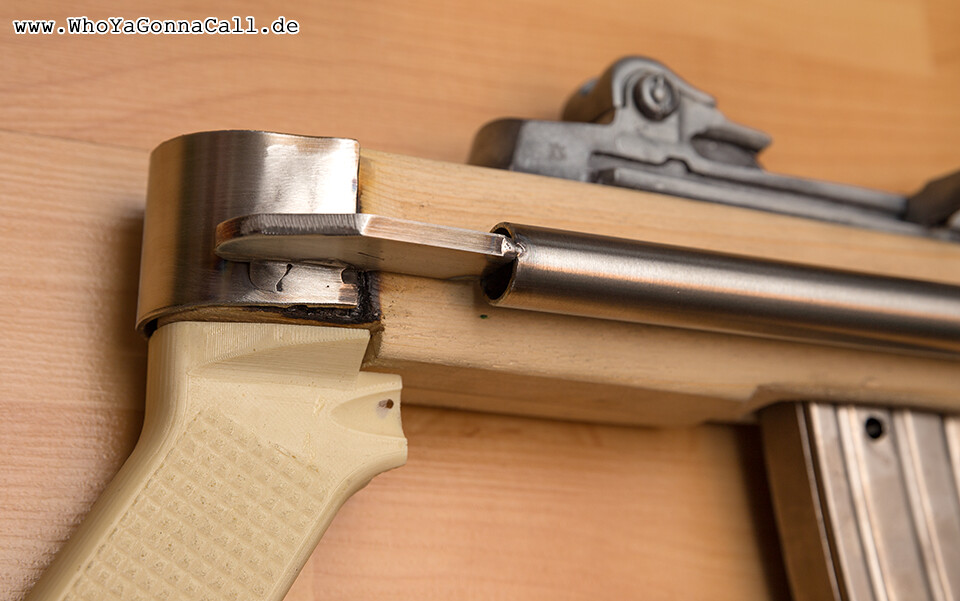 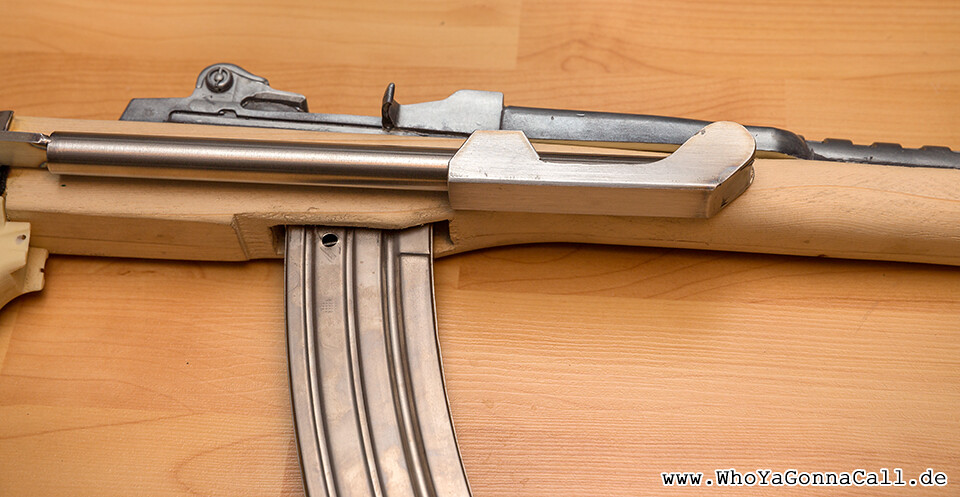 Finally, I stained the wooden stock in walnut colors and varnished it to a glossy finish.

I deliberately omitted the trigger in order not to make things look too authentic.

Now there is little to distinguish from the original.

In conclusion there is only one thing left to say: I love it when a plan comes together. ;-)

P.S .: I also take orders for the molded parts (mechanics and muzzle flash damper). If necessary, I could also make a whole rifle by arrangement. 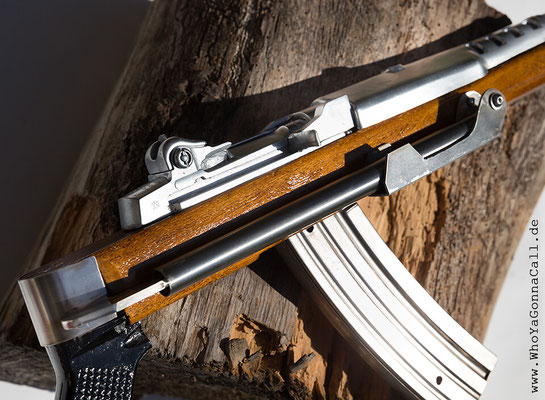 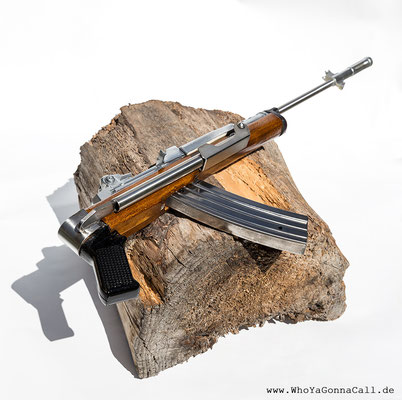