What my costume was missing was a matching blaster.
Fortunately, this was very easy to manufacture.

First thing to do was to get a replica of a Mauser C96. There are many replicas of this historical weapon. I chose the manufacturer Denix.
Their models are made of full metal and are even movable.

Based on reference photos, I first sawed the barrel to the appropriate length and turned a muzzle damper.
However, I could not make this myself because at this point I no longer had access to a lathe. But my former instructor was kind enough to let me have the part made by one of his apprentices. Thanks again at this point!
In the end I sprayed the muzzle a bit so that the blaster looks used.

However, I was able to manufacture the holder for the scope from an aluminum angle.

The scope itself, an old M19 tank scope from the 1940s, is almost impossible to get today. So I got a resin cast.
While this is by far not as cool as the original, it is not only significantly cheaper, but also much lighter. The latter has always been an advantage, especially at longer conventions.

In contrast to Han Solo's Blaster, Luke's version is very simple, which is why this report ends here :-) 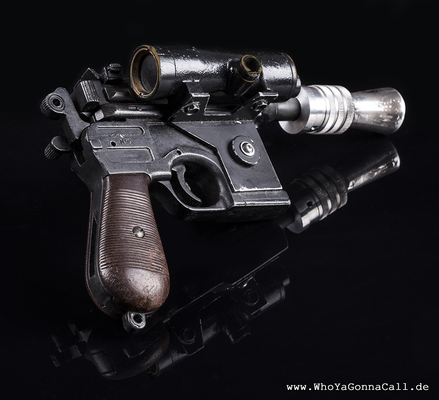 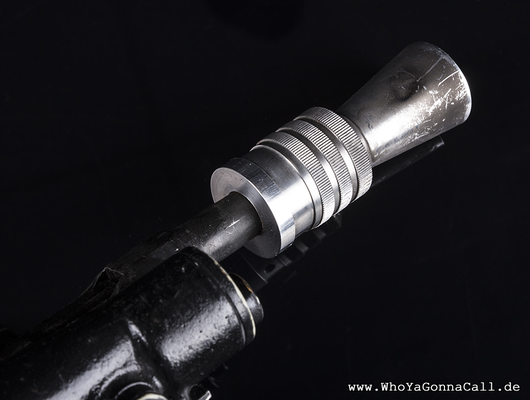 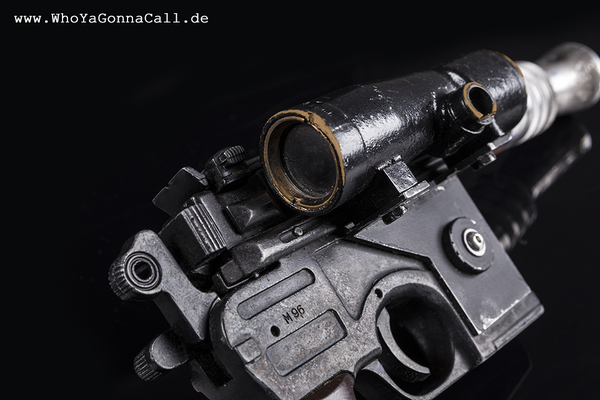