In 2013 the Star Celebration took place in Essen-germany. Unfortunately, at the same time as the AnimagiC, which we also wanted to visit. Fortunately, this took place in Bonn, so that we didn't have to cover a great distance between the two events. So we spent Friday and Saturday at the Star Wars event while we spent Sunday at AnimagiC.

We were accompanied by our friends Jörg, Martina, Stefan, Birgit and Svenja.

It was warm in summer, but the hall was adequately air-conditioned.

Before entering, we were stopped by a security guard because of my blaster. However, he allowed us to carry it because it was not a real gun.

The con was really big and filled several exhibition halls. There was everything. Dealers, fan clubs, lifesize props, a large stage and much more.

The most interesting thing for me was the life-size scenery that was exhibited by some fan groups. For example, there was a small part of the Millennium Falcon interior, or a part of the cantina, a life-size Jabba and much more. We were very happy to have come in costume. So it was much more fun to "play" with the scenery.

When the first day was over, we went to a nearby “Biergarten”. There Jörg met Brian Muir while we talked to the owner of the "Star Wars Archives". He had a folder with very special treasures. They were original photos from back then. Promo photos, set photos, and more. Impressive!

On Saturday, Kathy (shinzo) and I took part in the costume contest. This took place on the big stage. Kathy wore her Aayla Secura costume while I demonstrated my Dagobah Luke with backpack yoda.

When we were waiting for our performances backstage, we met our friend Yuki. She came from Osaka and wore her excellent Obi-Wan costume.

We also talked briefly to a guy from the UK who had built an insanely authentic C-3PO costume. He was supplied with water and painkillers by his girlfriend through a straw. He said the costume was so uncomfortable that he would otherwise hardly be able to stand it. This is willigness friends !! xD

The show itself felt unreal. So many people in the audience. Kathy and I hadn't practiced choreography and probably looked awkward. But whatever. We were there xD

It was funny that we were recognized by Robert Eiba (editor of the Official Star Wars Magazine) a few years later at Jörg's wedding because he had seen this appearance live. The world is small!

Kathy was lucky enough to meet Max Rebo, who wrote her an autograph. She said the blue elephant was very friendly.

With many new impressions and memories we left the Con to visit another one the following day. It was nice. 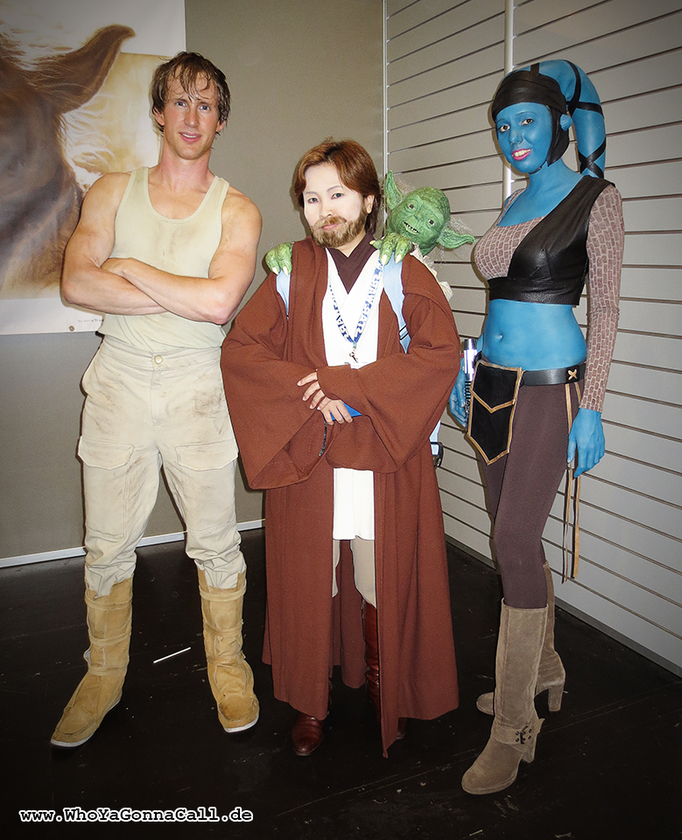 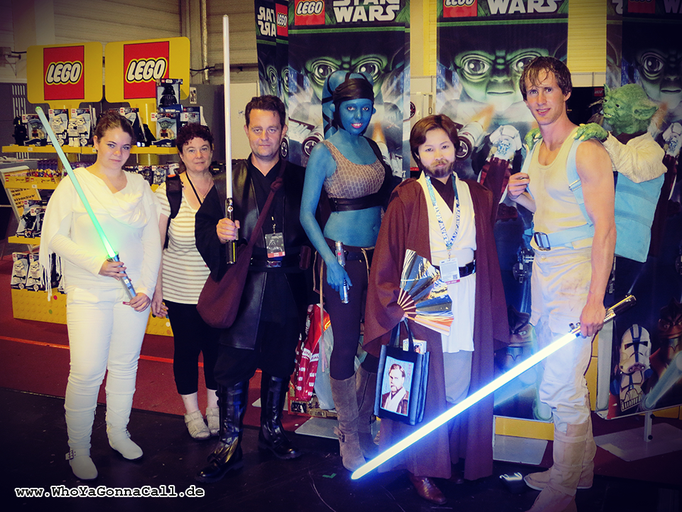 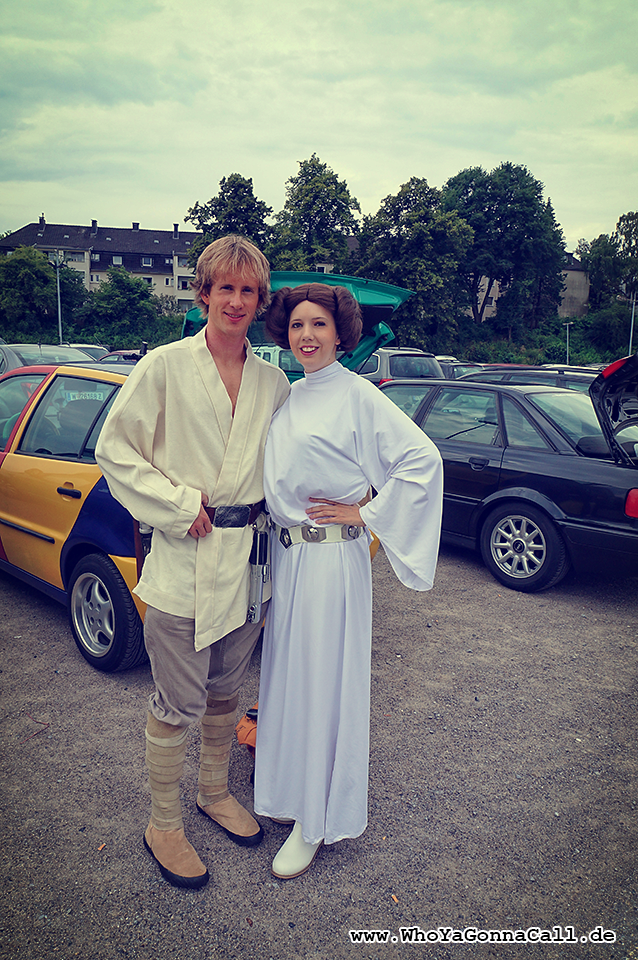 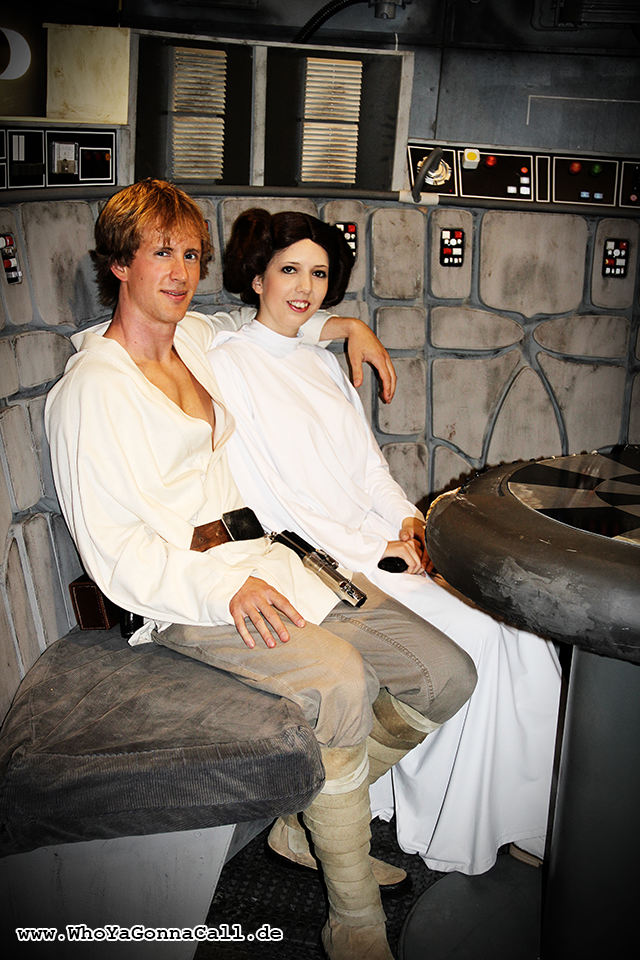 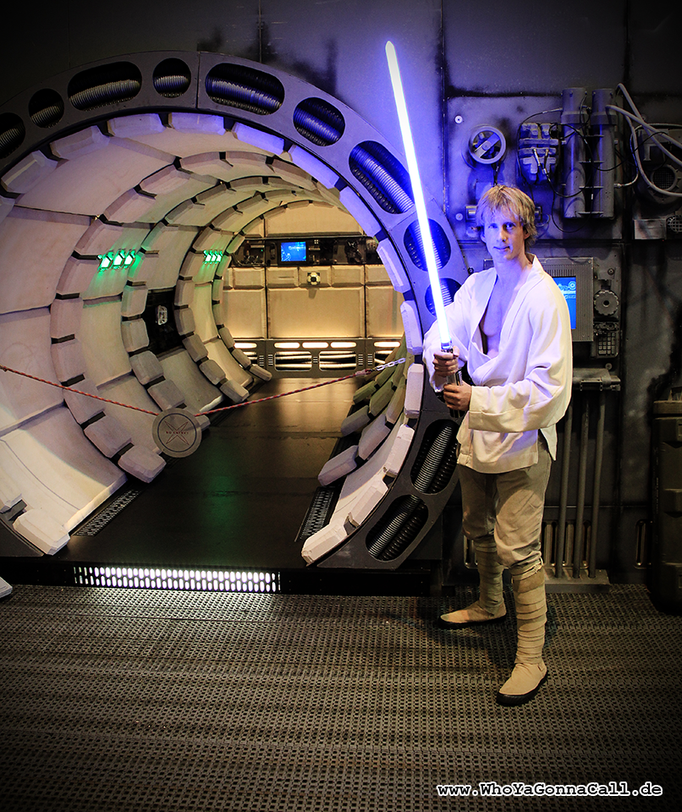 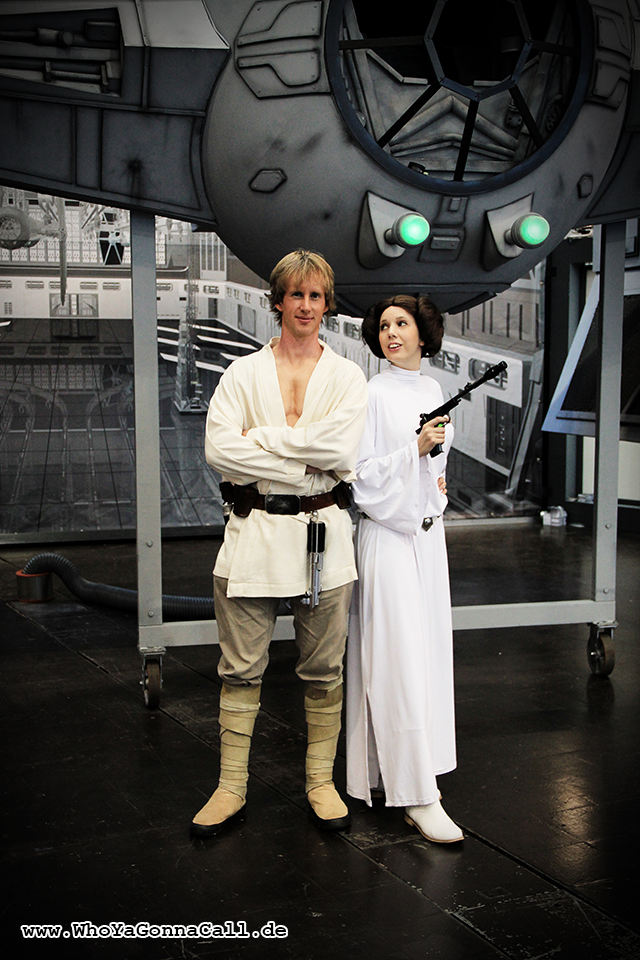 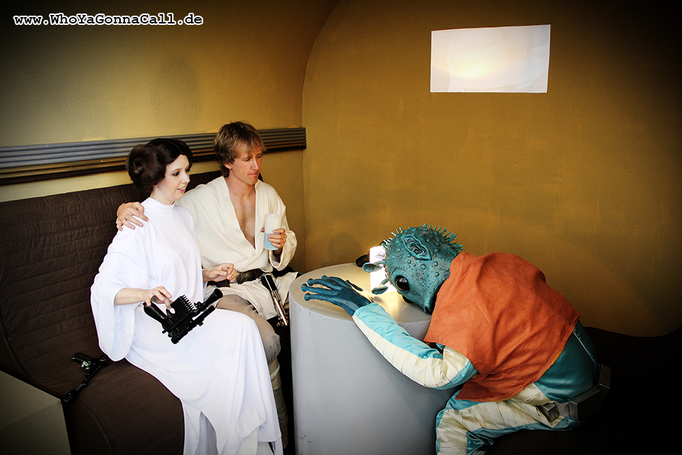 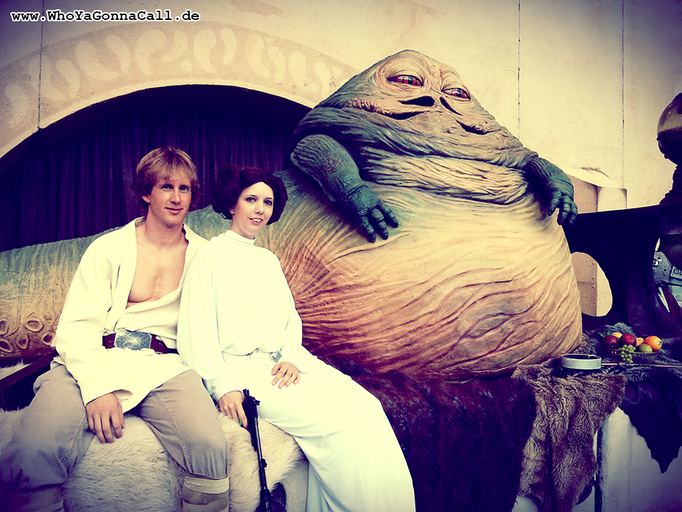 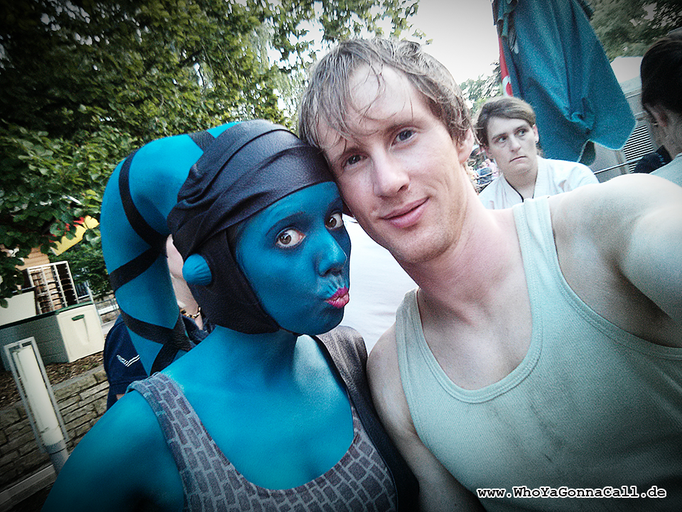 A picture from behind the stage at the Star Wars Celebration 2013 was printed in the Rolling Stone Magazine in december 2017.